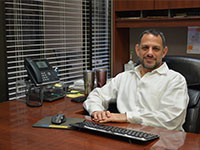 Jack Fintz is a South Florida native, married for over twenty years, and has three children. Jack’s passions include family and community. Jack regularly volunteers and supports various non-profits, including; FICPA NDSB Chapter, B’nai Aviv, Goodman Jewish Family Services, Jewish Federation of Broward, YMCA of Broward Y Princess, Meadows HOA and more. When not volunteering, he enjoys family road trips, of course the song “Holiday Road” is always playing, exploring the U.S., often camping. Jack is a big fan of all movie genres and knows a bit too much of movie trivia. Go ahead…ask Jack!

Jack graduated from Florida International University with a Bachelors of Finance, a Bachelors of Accounting, and a Master’s degree in Accounting. Jack is a very proud FIU Alumni having even returned to FIU as an accounting professor. Beginning his career with Ernst Young and later transitioning into the private sector as a Controller, Jack cofounded Fintz CPA with his wife, Betsy Fintz, in 2008. Jack believes accounting is one of the most fundamental cornerstones of any business. Equipped with his appreciation and understanding of accounting, Jack feels that accounting has given him the opportunity to help people understand their business and their own finances in a new way.

Jack’s favorite quote:
“I believe that if life gives you lemons, you should make lemonade… And try to find somebody whose life has given them vodka, and have a party.” - Ron White 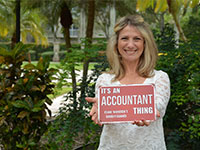 Betsy Fintz, born in Kiev, Ukraine, has lived in sunny South Florida most of her life. Betsy is married to Jack Fintz and resides in Weston with their two daughters and son. Her favorite place to be is home with her family. Betsy says, “Music brightens my day and always keeps me going.” She enjoys exercising, cooking, reading, listening to podcasts, and watching stand-up comedy.

Betsy graduated from Florida International University with both her Bachelor’s and Master’s degree. She cofounded Fintz CPA in 2008 with Jack Fintz …the rest was history. Betsy loves accounting! She states that the delight of helping people understand their taxes along with their own finances, all while making the experience enjoyable, is her favorite part!

Betsy’s favorite quote:
“You’re only given a little spark of madness. You mustn’t lose it.”  - Robin Williams

Steven R. Press, born in Manhattan and grew up in Syosset and Plainview on Long Island in N.Y. Steven, married to his lovely wife Jackie, has two grown children, three adorable grandchildren, and a lovable Pomeranian dog named Freckles, who is also a treasured member of the Press family. As the founder and Charter President of the Weston Rotary, Steven believes that paying it forward is his guiding force. Along with reading, swimming, and practicing yoga, Steven loves to travel, listen to music, and publicly speak.

Steven Press has earned a bachelors in Economics from Queens College in NY, a Masters of Taxation from Florida International University and post graduate degree from Nova University. In addition to managing his own accounting practice for over 35 years, Steven has over 47 years of accounting experience and expertise in a variety of areas and he feels accounting has given him the opportunity to assist many people with their finances as a trusted advisor. Steven truly enjoys doing tax returns!

Steve’s favorite saying:
The Rotary motto;   “Service above Self” 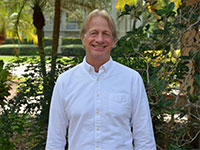 Paul Kluemper, born and raised in Indiana, became a Floridian in 2015. Paul is the proud father of a grown son and daughter, an adorable granddaughter, and twin grandchildren on the way. He enjoys taking walks, riding his bike, reading John Grisham novels, and spending time with his family.

Paul has earned his Accounting degree from Indiana University. Paul joined Fintz CPA when he moved to sunny South Florida. He has over 31 years of accounting experience in a variety of areas. Paul enjoys accounting because it continues to give him a sense of accomplishment.

Paul's favorite saying:
“Never let it rest, till the good gets better and the better gets Best.” 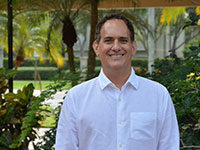 John Gould, born in New York City and raised in upstate New York, lives in sunny South Florida with his wife and stepson. John enjoys swimming and fitness, and listening to a variety of music. Whenever possible, John loves to read, watch sports, and spend time with his family. His favorite places to visit include Captiva, the Florida Keys, and Park City Utah.

John has earned his Accounting degree from Florida Atlantic University. John has over 17 years of extensive individual and corporate tax and accounting experience across a variety of areas. John says he appreciates that accounting and tax create learning environments; that you are exposed to so many different businesses and professions and get to research and advise on a wide variety of issues. Learning something new every day is John’s favorite part!

John's favorite quote:
“When you're a carpenter making a beautiful chest of drawers, you're not going to use a piece of plywood on the back, even though it faces the wall and nobody will ever see it.”  - Steve Jobs 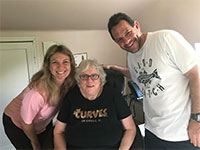 Pat Buccheri was born and raised in Binghamton, New York. Pat was married for over 25 years and is a proud grandmother who delights in spending time with her adorable grandson, who also resides in New York. Pat loves to play poker and has a deep passion for finding animals loving, caring homes. Her favorite places to visit include Gettysburg and she enjoys the musical Chicago. Pat spends her spare time engaged in mystery novels!

With an accounting degree, Pat has been in the accounting field since 1979. Pat chose accounting because she particularly enjoys that things are always changing. Pat relishes the challenge and she says it keeps her mind focused, alert, and “working”.

Pat's's favorite quote:
“Don’t compromise yourself. You are all you’ve got.” - Janis Joplin

We Are Here to Help

We will happily offer you a free consultation to determine how we can best serve you. Contact Us

Send Us a File

Use our convenient SecureSend page to securely deliver a file directly to a member of our firm. Secure Send